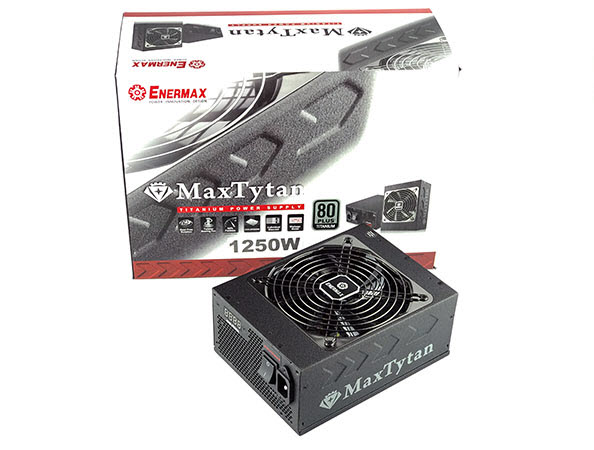 Enermax has really been upping their game with every iteration of PSU they release. Out of the unit's we have had on the test bench, each one has always incorporated improvements over the previous unit. Behold, Enermax's latest flagship entry the MaxTytan. 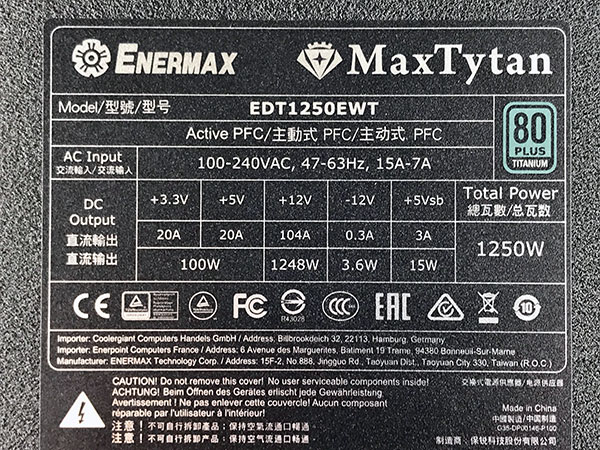 The MaxTytan is the new flagship range from Enermax ranging from 700 watts to 1250 watts. On the test bench we will be checking out the 1250-watt model, so our observations will be focused on it. The MaxTytan range of units all boast the coveted 80 Plus Titanium certification, which means they are guaranteed to have 90-94% efficiency at 10-100% load. The new MaxTytan lineup has been designed and built utilizing the very best components available and continues to build on past designs. Like previous units we have reviewed, the entire MaxTytan lineup boast 100% 105C Japanese electrolytic capacitors for improved stability and reliability. 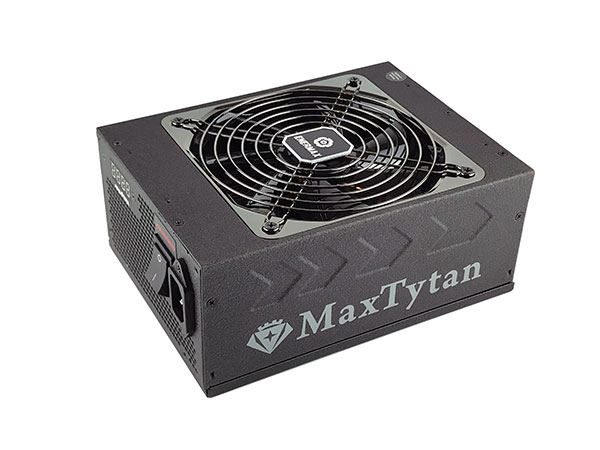 Relying on past design success, Enermax has included its patented 140mm Twister Bearing fan. We had great results with this fan in the past, so it's reassuring to see it return in these new units. The MaxTytan still utilizes the company's familiar smart semi-fanless operation. Enermax has taken fan control a step further and has included its latest innovation dubbed the CoolerGenie. The CoolerGenie is a fan controller which connects directly to the motherboard, PSU, and 3 optional case fans. The unit has physical button for control, as well as a software component that allows the user to control fan profiles via a nice user interface. 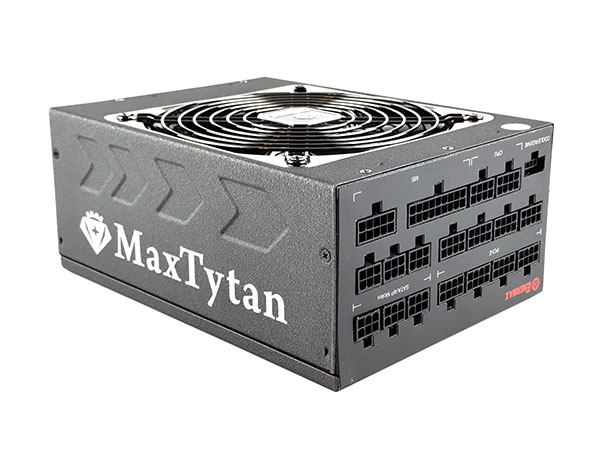 The unit is fully modular, which is one small nit-pick we had on some early Enermax unit's, but this has all but been resolved. This unit is just packed to the brim with features and the great thing is that all of them are actually useful and impactful to the unit, operation and design. As such the MaxTytan also includes Enermax's Dust Free Rotation technology which allows the fan and unit to self-clean. Last but not least, the Enermax saw fit to include an active wattage meter on the back of the unit. While it may not be useful 100% of the time, it's really neat to be able to look behind your rig and know just how many watts your rig is pulling down. 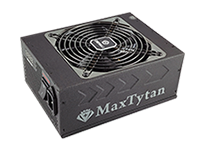