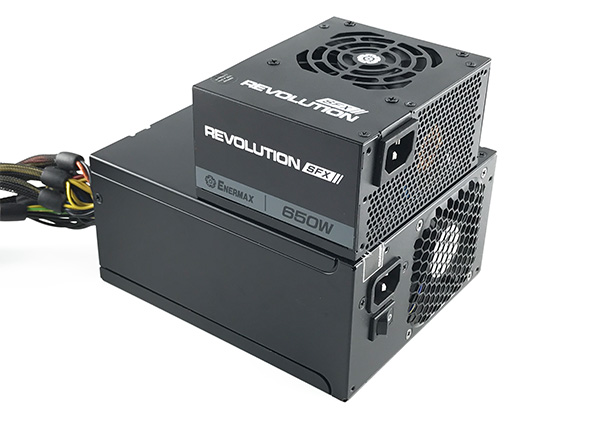 I decided to unplug and block off quite of a few of the exhaust and intake fans on our test setup. The idea is to let the ambient temperature build to an unhealthy state. Once the case was ready, testing began with minimal tasks such as web browsing, video streaming, and some general pc maintenance such as driver updates and installs. Ambient began to rise and water temperatures of the all in one closed loop reached 38C under moderate to minor load spikes. Taking it step further, we loaded up a few PC games. This really started to push temperatures up, the all in one closed loop reached a liquid temperature of 47C under load, I'm sure with prolonged use this would have continued to climb slightly.

All in all, the Revolution SFX performed great. The fan control scaling really does appear to work as stated. The unit stayed in a semi-fanless mode for a large portion of testing. However, once the unit did decide to ramp up the fan RPM's the sound was noticeable. It wasn't anything to be alarmed about, but its louder than the recent units we've had on the test bench. However, with such a small footprint, this is expected since the Revolution is using an 80mm fan. The Corsair unit attempted to mitigate this by using a 92mm fan instead. It's not a deal breaker by any means, but for those of you out there who need the absolute quietest and expect higher loads, the Revolution SFX may not be for you. However, if you are expecting lower loads, maybe as a media center, the Revolution SFX would be a perfect fit.

After our ambient temperature experiment, we reconfigured the case cooling and set our sights on some basic load and stress testing with aida64 for an hour. The Revolution SFX handled everything without a single hiccup. Power delivery was steady, and the unit remained reliable through harsh heat and heavy load. That is incredibly impressive for an 80 plus gold certified SFX power supply.

Enermax has indeed stepped forward in the best way possible with its first entry into the SFX market. The Revolution SFX handled everything we threw at it with ease, even a harsh environment was unable to phase this little unit. I am also happy to report that the conversion bracket for ATX cases worked great and I wouldn't scoff at using this SFX PSU in a midsized case. 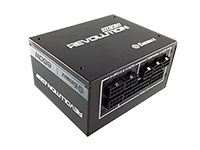