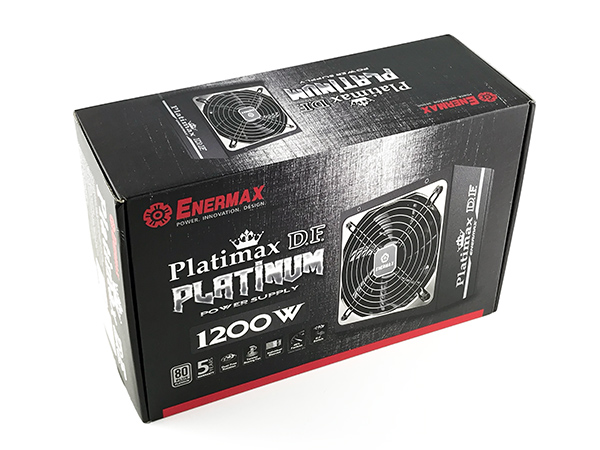 The Enermax Platimax D.F. is a 1200w fully modular power supply. You may have guessed by the name Platimax, that this is an 80 Plus Platinum rated unit. This allows the Platimax to perform at up to an impressive 93% efficiency while under load. As with most of Enermax's premium offerings the unit boasts 100% all Japanese Capacitors ensuring that only the highest quality components are used. The Platimax utilizes a "Smart semi-fanless control." This smart control enables the unit to operate fanless while under 30%-40% system load. This means you have absolutely silent operation during low system load. Past this point, the fan follows a modest curve to increase fan voltage as system load increases. It's mostly a standard feature on many PSU's today, but we always welcome fanless operation when available. 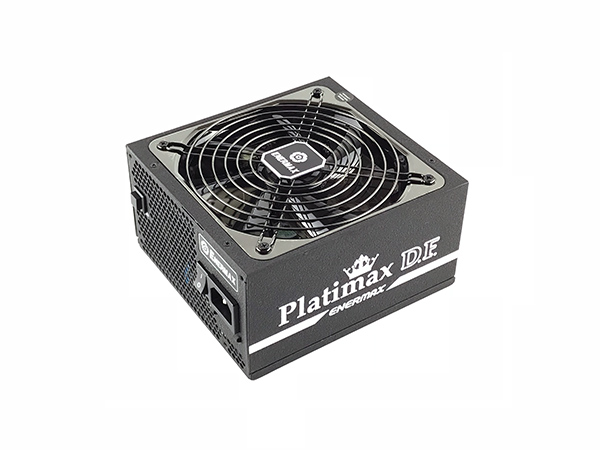 The Platimax D.F. houses Enermax's 139mm Patented Twister-Bearing fan. The fan is designed for ultra-silent cooling while having an impressive expected lifetime of 160,000 hours. We've seen the twister bearing fan in previous reviews and we agree, it's a great performer. Enermax went out of their way to coat the fan with a glossy mirror type finish which adds a nice aesthetic appeal to the unit. When looking top down at the unit, the fan almost seems oversized for the chassis. This is great though as it adds a bit of comfort knowing that it will be providing the cooling for such a high wattage unit. 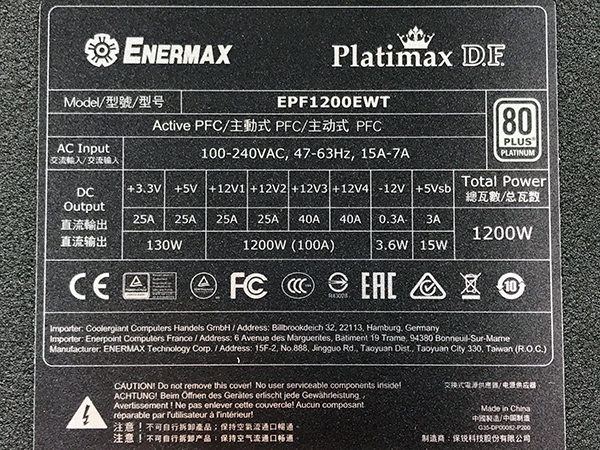 You may have already been asking youself "The unit is called the Platimax D.F., what does the D.F. stand for?" Well I'm glad you asked! The D.F. stands for "Dust Free," this is a new patented design feature included on the Platimax. The D.F. encompasses a few things, first of all the fan has a patented D.F. rotation technology which enables it to blow away any collected dust. The other part of this implementation on the unit is the inclusion of a "D.F. Switch" which enables the consumer to activate the D.F. Rotation at any time during operation. The intention of the D.F. feature is to provide a self-cleaning mechanism for the unit and by then hypothetically increasing longevity of the unit itself.

Interestingly though, upon closer inspection, the unit has a clear plastic plate that cover and separates roughly 45% of the components from the fan. I'm uncertain if this is by design to help facilitate better cooling and perhaps the cleaning of the unit. However, it does make us curious as to the intention since it shields a large majority of components from direct airflow. There are two large heatsinks underneath this plastic panel which makes us curious as to why this was implemented. It could provide better airflow since it prevents air immediately escaping the rear vent. 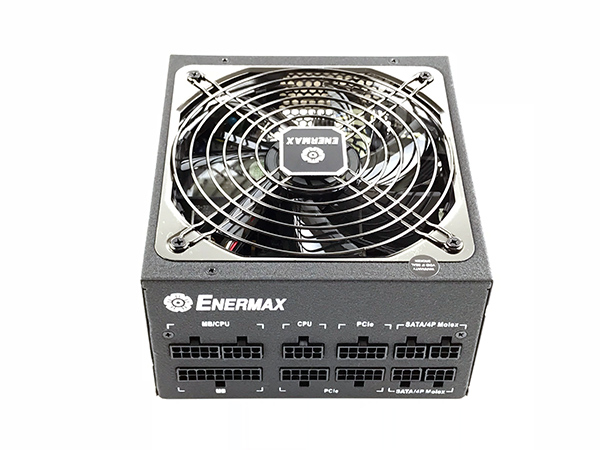 The chassis on the Enermax has quite a bit of appeal. It's clean lines with the contrast provided by the test and fan grill make the Platimax a sharp investment. While the contrast and color choice is great, I do think the unit can come across as slightly boring. Enermax really went for the appeal regarding the fan and top portion of the PSU, but the sides lack a bit of finesse.

On the topic of the fan grille, we do have some reservations about it. It's a very thin grill and is highly prone to vibration. The black chrome plate underneath the grille that the grille bolts onto also appears to be prone to scratching easily. In many cases this will not be an issue, but it's worth noting.

Overall, we are impressed with the chassis and build quality. We would have preferred a slightly denser fan grille or perhaps even a different design. The current implementation works great and I can understand the current implementation of it. We've seen these types of grills on probably 85% of the units that come through the test bench so it's nothing new. One thing that I'd like to mention is if you are into cryptocurrency mining, this PSU would be an excellent choice for you mining rig.

The Enermax Platimax D.F. 1200w ships with an impressive 5-year warranty. This is a great warranty on a unit such as this, however with many companies offering up to 10 years or even lifetime warranties on their premium units, it makes us a feel a little let down. These units will likely never need the warranty, but having extra warranty has never been a bad thing. 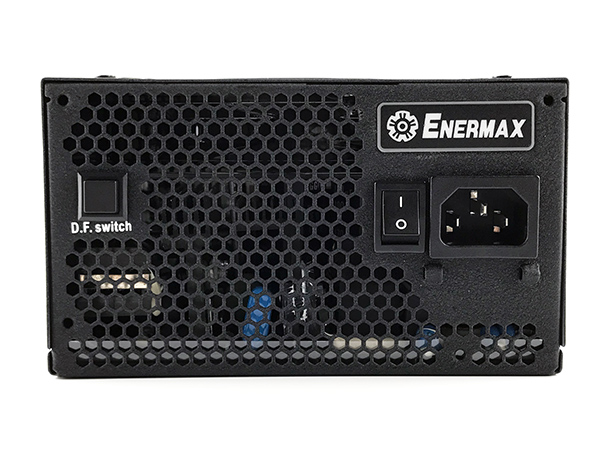 One last thing that isn't really mentioned anywhere on the box as a feature is that this power supply is actually quite small for its wattage. The Platimax 1200w clocks in at 150 (W) x 86 (H) x 160(L) mm, that's incredibly impressive. Considering our last 1000w Gold rated PSU came in at 150x150, this is a big win for Enermax. This is the smallest 1200w power supply on the market with the competition coming in at 150x86x170mm. This can be quite a game changer for anyone who is looking for a lot of load potential in a small space. 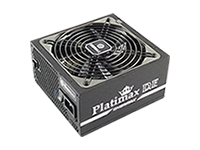