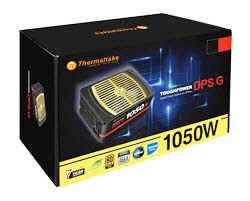 Today, Thermaltake Technology Company is back for another trip through our power supply testing program with a more value oriented product than we last saw from them. As a company, Thermaltake has a rather short history being founded in just 1999, but in that short time they have grown rapidly. While Thermaltake's primary focus has been on thermal solutions, it has also maintained a group of product lines dedicated to power supplies for a very long time. The early power supplies in these lines were often of lower quality but over the years they have taken their power supply business in a new, and quite frankly better, direction as they paired with higher quality OEM's like CWT and Enhance. Today, we are looking at a new product from their new Toughpower DPS G Platinum Series of power supplies; the Toughpower DPS G 1050W Platinum (TPG-1050D-P but also variously listed as TPG-1050DH5FEP, PS-TPG-1050DPCPUS-P, etc depending if you look for the model or part number). This unit is produced in conjunction with Enhance.

List Price:  $32.86  Price: $26.54
Enhance Electronics Co. Ltd. was founded over 20 years ago in 1986. While a major power supply OEM Enhance is not nearly as well known to most users as some other OEMs as its core business focus has been outside of the desktop market in areas such as servers, embedded, and telecom markets.

However, its products have started to surface in the US consumer realm in the last year or so under the likes of SilverStone, Silverpower, Antec, Cooler Master, and Thermaltake, as well as the occasional Enhance branded model. 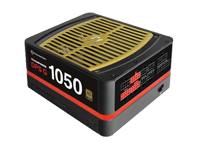