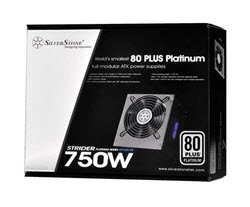 SilverStoneTek is a company best known for its high quality cases but its product lines extend into other components such as cooling, power, fans, storage, and so on. As a company, Silverstone has built up this impressive product repertoire in a very short time having been founded in 2003. Today, however we are interested in its power supplies which are comprised of the Strider, SFX, Nightjar, Gemini, and Zeus model lines that range from 300W to 1500W DC output. For this review, we are looking at SilverStone's recent revision to the Strider line, the ST75F-PT, which is produced in conjunction with Sirfa/High Power.

List Price:  $249.99  Price: $247.99
Sirfa Electronics Co., Ltd. is a name that is not that familiar to most users but Sirfa has been around since 1996 when Sirtec established Sirfa as a factory in the Sirtec group on mainland China. In June 2008, Sirtec sold off its interest in Sirfa making the company independent of the Sirtec brand but still in business with High Power. As such, while we have not seen any Sirfa produced power supplies under the Sirfa brand, some of the Sirtec units of the past were produced at the Sirfa facility. 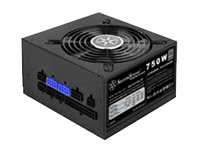