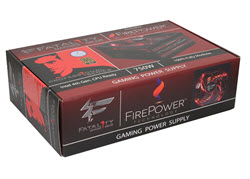 FirePower Technology Inc is a very new player in the realm of power supplies having been established in 2014. The history behind this company is both very long and very short. Very short as FirePower came into being by buying the power supply division assets of OCZ Technology (Toshiba acquired the SSD business) when they went bankrupt, again. Very long ago OCZ purchased PC Power & Cooling prior to its demise and PC Power & Cooling had predated OCZ Technology's first incorporation in 2000 by being founded in 1992.

Sirfa Electronics Co., Ltd. is a name that is not that familiar to most users but Sirfa has been around since 1996 when Sirtec established Sirfa as a factory in the Sirtec group on mainland China. In June 2008, Sirtec sold off its interest in Sirfa making the company independent of the Sirtec brand but still in business with High Power. As such, while we have not seen any Sirfa produced power supplies under the Sirfa brand, some of the Sirtec units of the past were produced at the Sirfa facility. Additionally, we have seen Sirfa providing OEM services for Thermaltake, Enermax, PC Power & Cooling, Tuniq, Lepa, SilverStone, and others with very mixed results. 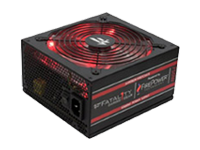