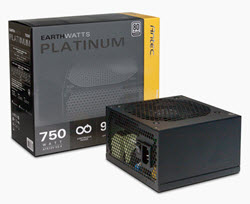 One of the most prevalent companies in the consumer power supply realm, and general enthusiast PC realm, is Antec. Antec is a company that has been kicking around the PC DIY market since 1986 and in that time frame has become one of the most widely known brand names. In addition to power supplies Antec has product lines that include cases for work and play, cooling solutions, lighting, and other accessories.

List Price:  $329.0  Price: $325.99
Over the years Antec has used a number of OEM providers for its power supplies including HEC, CWT, FSP, Enhance, Seasonic, and most prominently Delta. Today, we will be looking at a member of the EarthWatts line of power supplies; the EarthWatts Platinum 750W (EA-750 PLATINUM) made by FSP.

FSP Group is one of the few actual power supply manufacturers and can be found providing OEM services for a number of other brands at various times including OCZ, Zalman, AOpen, Antec, SilverStone, Super Talent, Sigma, and many more. This wide distribution of power supplies by FSP is not surprising given that they have been in business since 1993 and are one of the top 10 producers of power supplies in the world. FSP is also regarded as a manufacturer of basic workhorse type power supplies that "just gets the job done," but in recent years has branched out into higher end offerings as well as its own retail branded power supplies. 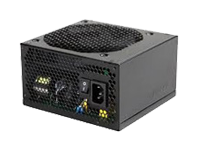