Today we'll be taking a look at the Corsair SF600, but before diving in, let's start with a little history behind this new lineup. Enter the BULLDOG, Corsair's small form factor pc, intended to bridge the gap between pc and console gaming. The BULLDOG is capable of bringing a 4K gaming experience straight to your living room. At the time of this writing, none of the current generation gaming consoles are able to deliver a 4K gaming experience. It's no small feat to provide such a high performance system at roughly the same size as your modern day game console. Pair this package with the possibility of VR and you can see the appeal. With that in mind we can begin to see the need and innovation involved to bring the new SF line to market. 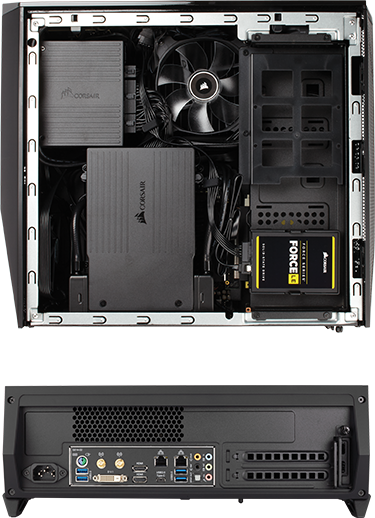 The SFX form factor while not widely used, is not new to the industry. However, it is considered a niche market, one that rarely gets attention from enthusiasts and gamers. Corsair didn't build this unit just to have an offering in the SFX market. They have gone out of their way to make this PSU the one to beat and to potentially dominate as more and more enthusiasts seek to build smaller high performance systems. Corsair accomplishes this by not hindering the SF series' feature set. A small form factor presents numerous concerns for a high performance system such as not providing enough power, generating too much heat, and generally being rather loud. 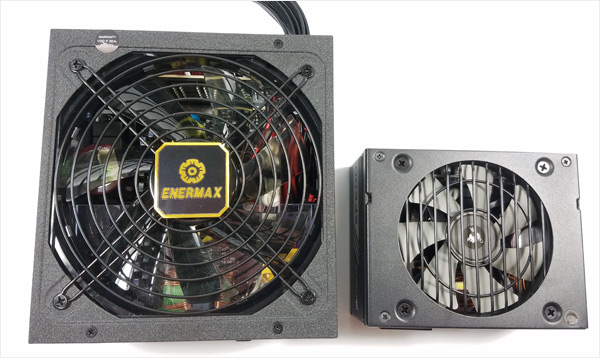 To help combat these concerns Corsair chose to break out of the norm with the inclusion of a 92mm rifle-bearing fan and a Zero RPM fan mode while at low to medium loads. The new fan size is outside the norm of the typical 80mm fan seen in most SFX PSU's. This design change was made to reduce operating noise without sacrificing any cooling performance. The ability to deliver a reliable 600w PSU in such a small form factor is no small feat, which is why 105C all Japanese capacitors have been used throughout. All of this has been accomplished while being able to maintain an 80 PLUS Gold Certification. This means that the SF600 will always operate at above 90% efficiency at 50% load on 115V circuits. 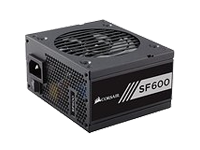